Snowplow for the Elizabeth Valley RR 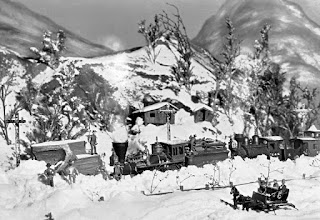 [Likely some heavy, wet snow requiring two locos to push the snowplow that was featured in E. L. Moore's Central Pacific Snowplow in the January 1962 issue of Model Trains. The composition is very Currier and Ives.] 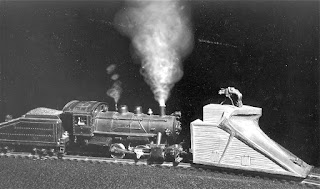 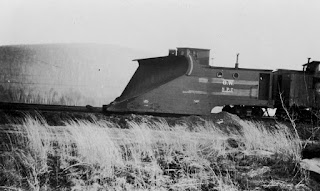 Although this isn't the model's prototype, it's the only snowplow prototype photo I came across in E. L. Moore's collection. According to the note on the back, this snowplow-caboose hybrid was an item on the New York, Ontario and Western Railway. This photo was likely snapped in Cadosia, New York. WAL is the usual handle for Bill Livingston, inventor of the Dilly Manufacturing Company. 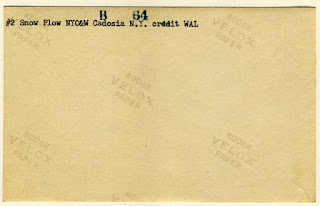