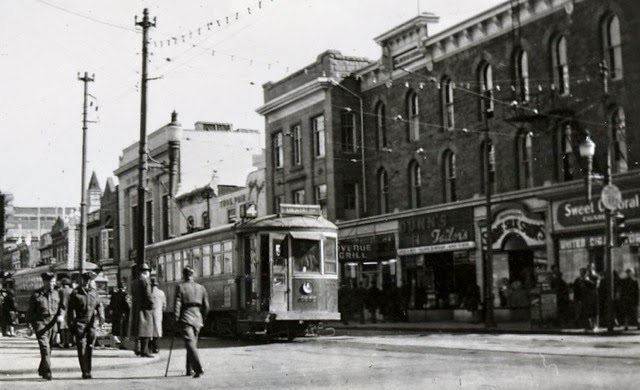 As best I can tell this shot was taken in Winnipeg, Manitoba, sometime in 1944. Where in Winnipeg? I have no idea. One store signs appears to read 'Avenue Grill', and another says 'Dunn's Tailors'. The car number is 36. Photo by William Henry Wood.

I came across this street scene with a streetcar amongst my Uncle Bill's photos. No annotations. I think it was taken in 1944 in Winnipeg given its location in the photo album. It was cropped from this one, 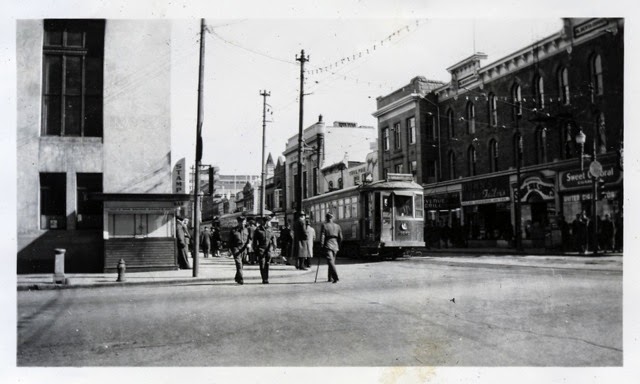 This one was right beside the streetcar photo, and I think it also was shot in or around Winnipeg. 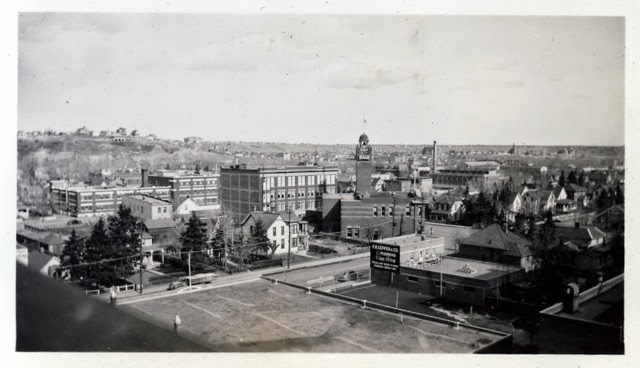 I looked around the web a bit to see if I could find anything that might help me identify the location and came across Winnipeg Streetcar 356 Restoration. They have a link to this fascinating video about the history of the Winnipeg streetcar system,

Backtracks from Beth Azore on Vimeo.

I highly recommend viewing it. It has professional production values, restored photos and film clips, isn't overly sentimental, and doesn't shy away from discussing the types of people and business activities it takes to build such a system.
Posted by J D Lowe at 3:01 PM