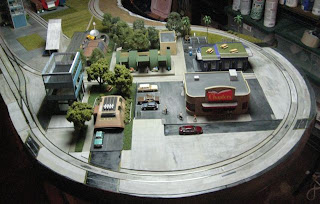 I spent about a week of spare time painting the pavement in the urban area. Looking back on the photos, this whole operation would probably be better described using a time-lapse video, but that’s beyond my capabilities, so I’ll just show a few photos of some of the steps along the way. 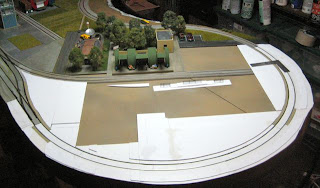 [First, I removed the buildings.] 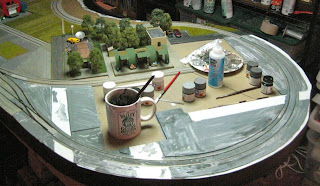 [I then put on a rough base coat of a neutral gray - looking back, I could have probably skipped this step.] 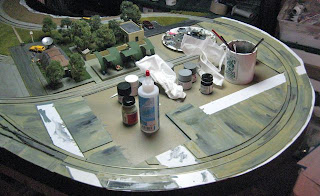 [This was followed by some coats of PolyScale Aged Concrete.] 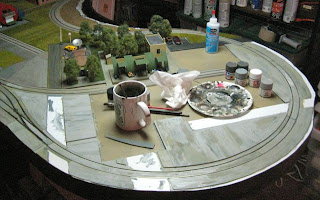 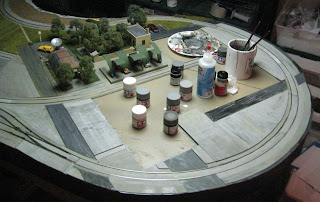 [Roads were painted in.] 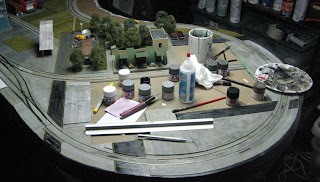 [As I got closer to finishing I glued on sewers and grates from Blair Line, and then used some light washes to blend them into the roadwork.]
Posted by J D Lowe at 5:32 PM