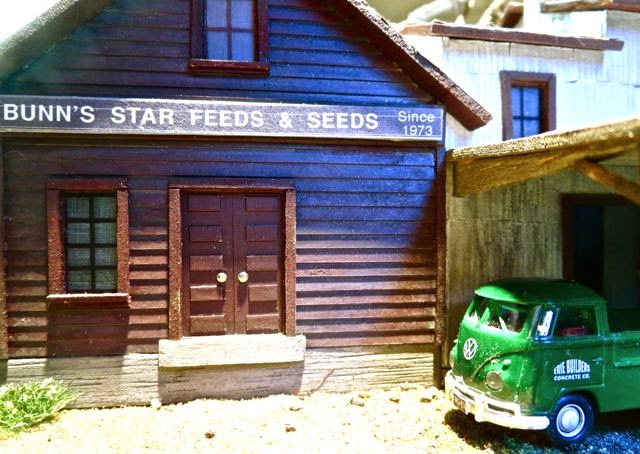 [My rendition of E. L. Moore's Bunn's Feed and Seed, currently residing on the Lost Ocean Line, that I built back in 2009]

I’ve noted it many times and I’ll note it again for good measure :-) Bunn’s Feed and Seed was the first E. L. Moore project I tried to build back in the ‘70s, and it was in the first issue of Model Railroader magazine that I bought. It was my introduction to the hobby, so this build is loaded with good memories. When I got back into model railroading many years later it was one of the first scratchbuilding projects I tried. Naturally, I was extra curious to see what was in the original manuscript. 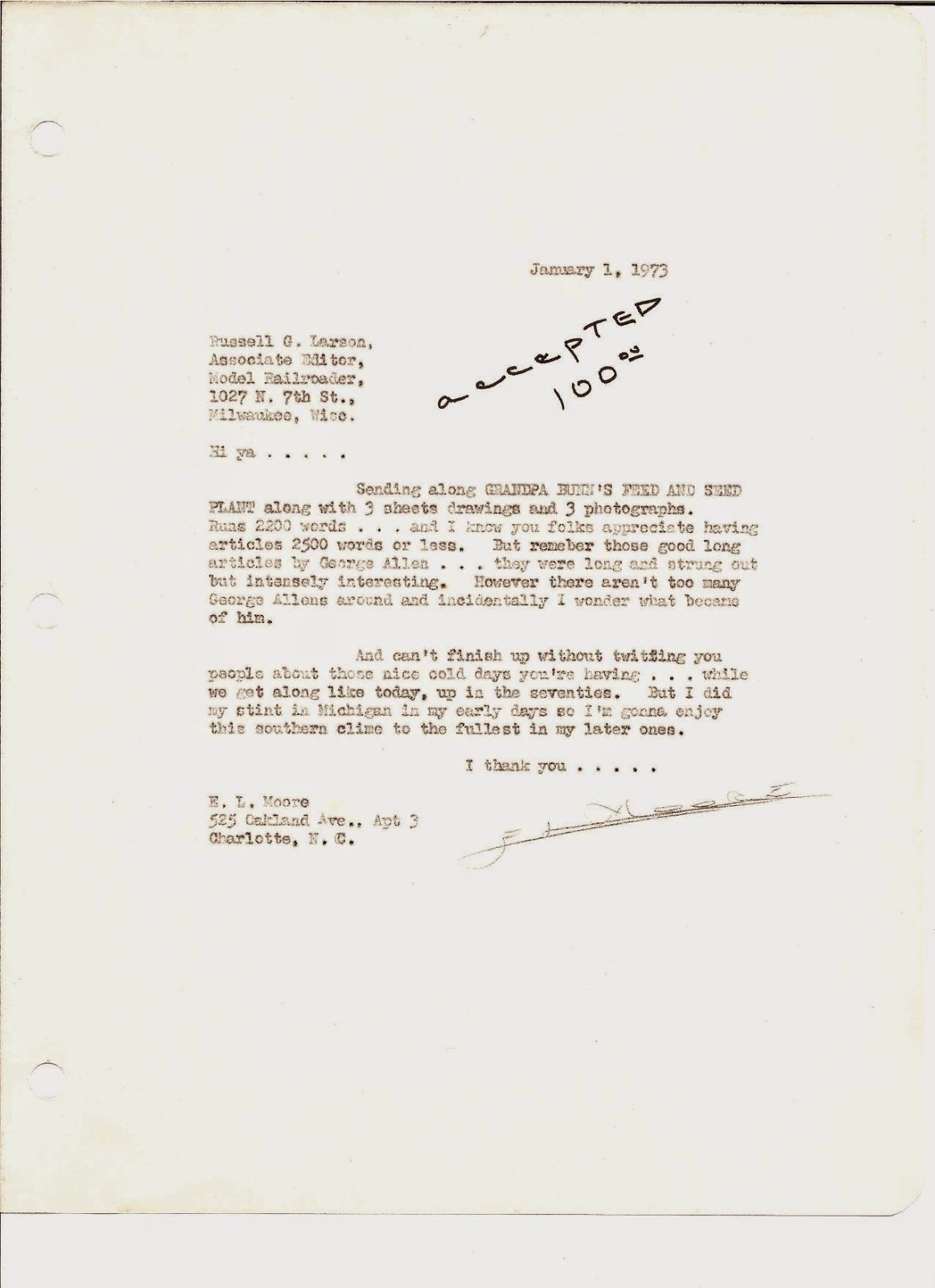 [E. L. Moore's cover letter for the Bunn's Feed and Seed article that appeared in the August '73 issue of Model Railroader.]

And I wasn’t disappointed. There were several surprising discoveries. To get started, here’s a transcript of the letter that accompanied the manuscript submitted to Model Railroader,

Sending along GRANDPA BUNN'S FEED AND SEED PLANT along with 3 sheets drawings and 3 photographs. Runs 2200 words ... and I know you folks appreciate having articles 2500 words or less. But remember those good long articles by George Allen ... they were long and strung out but intensely interesting. However there aren't too many George Allens around and incidentally I wonder what became of him.

And can't finish up without twitting you people about those nice cold days you're having...while we get along like today, up in the seventies. But I did my stint in Michigan in my early days so I'm gonna enjoy this southern clime to the fullest in my later ones.

As well, there’s also that $100 scrawled across the page. I assume this meant he got paid $100 for the article. Some online calculators suggest that’s equivalent to around $550 in today’s money.

I like the part about story length and the mention of George Allen. Although, I have to admit I didn’t know who he was, so I fished through the Model Railroader 75 year DVD set to find out. Turns out he was a major presence in their pages from say the early ‘40s to the mid-‘50s. He wrote an influential series called 50,000 Spikes that documented, in a very story-oriented way, how he and Ernie Huebner went about building the Manhattan Beach Ry. As former Model Railroader editor John Page noted in the December '87 issue of Model Railroader, it was ground breaking in that it focused on the entertaining story of how they built the layout instead of simply being a conventional how-to. 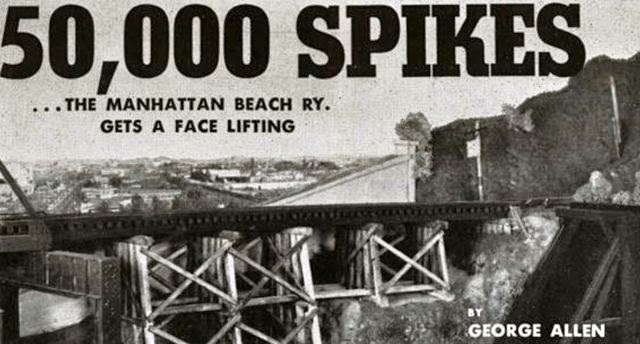 [Lead photo - and the photo that lead every instalment of the 50,000 Spikes series - of the first instalment of George Allen's series that appeared in the September '41 issue of Model Railroader. This image could pass as the header on a model railroading blog.]

To me, sitting here in the early 21st century, 50,000 Spikes is a blog. And a good one too. It’s a 1940s version of a ‘how-I’m-building-my-model-railroad’ type of blog that is a mainstay of today’s model railroad blog-o-sphere. George Allen was a blogger long before there were bloggers. And a good one. Given the chatty, story-telling way Mr. Allen wrote, it’s clear E. L. Moore’s style was coming from the same place. They both had lots of how-to in their writings – that’s natural considering the types of magazines they published in – but they weren’t limited by it. 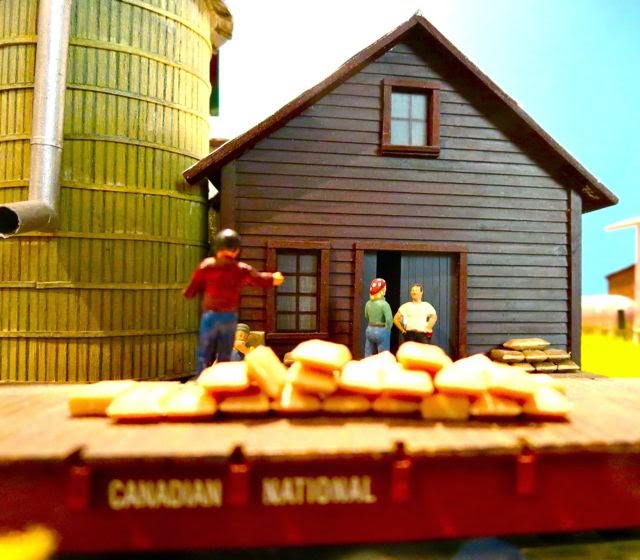 There were a couple of other things that popped out at me in Mr. Allen’s writings. One was that he strongly advocated having a drawing board and drafting instruments on hand while layout building because he believed they were essential problem solving tools - he goes into detail about this in part 10 of The Saga of the Tuxedo Junction in the July '53 issue of Model Railroader. He kept his nearby and ready to use at all times. Mr. Allen was trained as an architect, although he earned his living in advertising, so maybe that was natural for an individual with a graphic bent. The other thing was a rather famous building model he created called Mifflenburg Mill that appeared in the July '52 issue of Model Railroader - I rather like the drawings in that article. 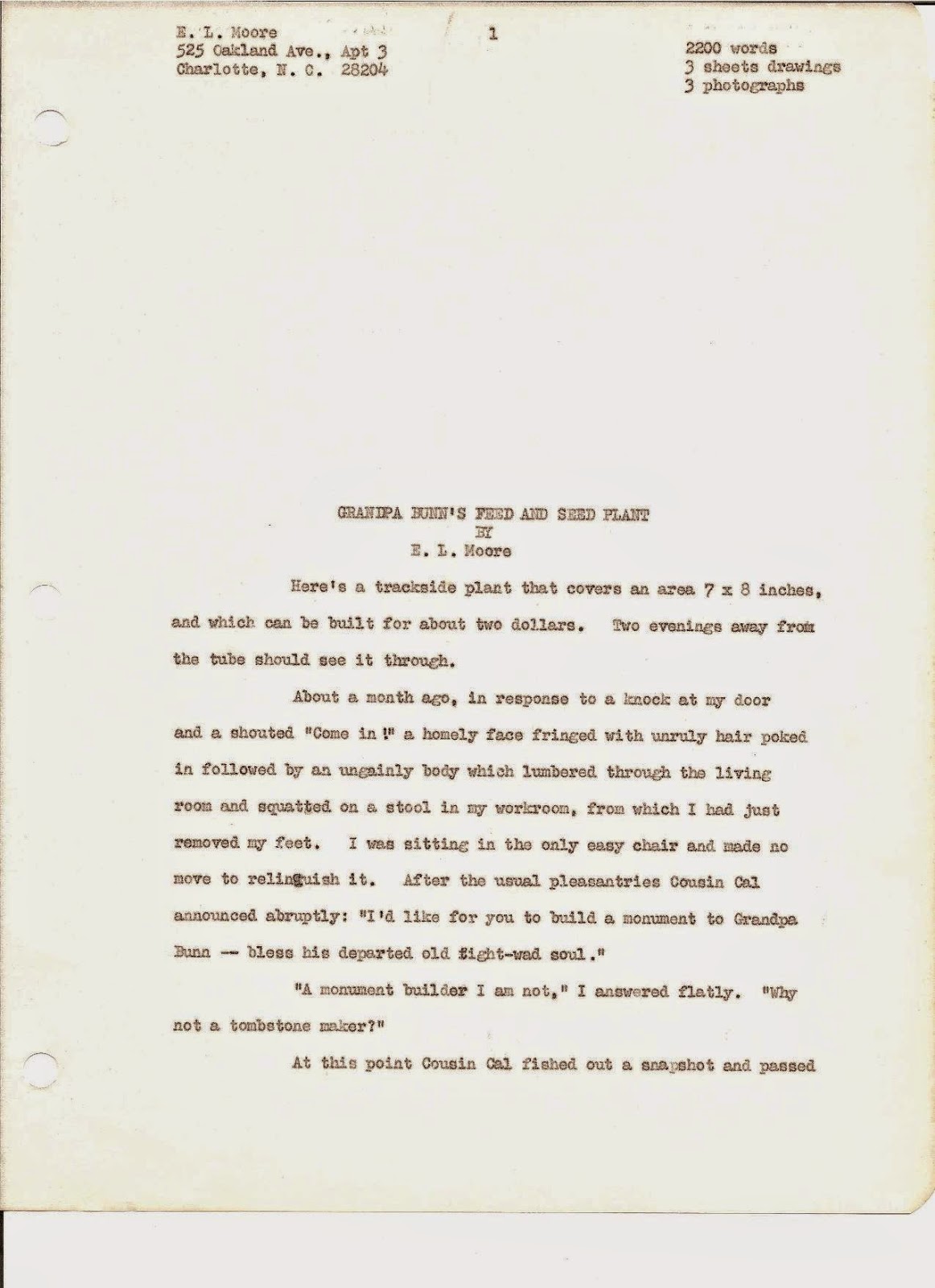 
For a while I thought that E. L. Moore’s articles from the ‘70s had less story in them because he had gone beyond that. I found it interesting that there was story in this manuscript, but the editors removed it - and from the title too. Here it is:

About a month ago, in response to a knock at my door and a shouted "Come in!" a homely face fringed with unruly hair poked in followed by an ungainly body which lumbered through the living room and squatted on a stool in my workroom, from which I had just removed my feet. I was sitting in the only easy chair and made no move to relinquish it. After the usual pleasantries Cousin Cal announced abruptly: "I'd like for you to build a monument to Grandpa Bunn -- bless his departed old tight-wad soul."

"A monument builder I am not." I answered flatly. "Why not a tombstone maker?"

At this point Cousin Cal fished out a snapshot and passed it over. It showed a disreputable row of attached buildings, only one of which could lay the least claim to contemporary ... and with a silo at the far end. Undoubtedly it was a rambling old feed mill but without benefit of appearing picturesque. "This was Grandpa Bunn's up-state feed and seed place," he volunteered. "Reckon you could make something out of it?"

Now, if I read him aright, he was beginning to talk in my dialect. "As it stands it'd stretch out an ungainly foot." I shrugged, unwilling to commit myself.

"But couldn't you work it around? What I'd like is something kinda compact, with maybe a sign across the front showing it was still the product of Grandpa's addled brain."

Later, when I showed Cousin Cal a working drawing of the proposed renovation he stood with his adenoids sagging and gulped: "Holy Cow! That's just exactly what I had had in mind." well, being a jack-leg model architect and builder had its lighter moments.

{some how-to stuff you can find in the published article goes in here; and after finishing attaching the office sign}

"An office! Huh! Betcha that old skinflint had no more'n a table and his deep pockets!" snorted Cousin Cal.

"But times have changed," I said. "You've inherited the business, and you need an office ... and a pretty secretary. 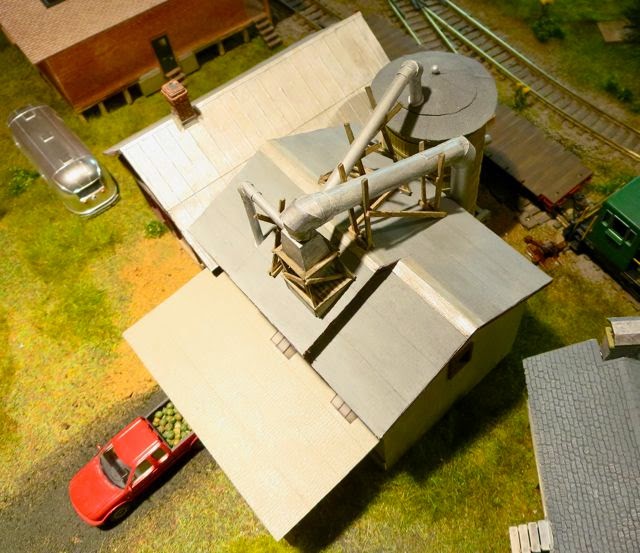 {some more how-to stuff, and after explaining how to build the roof top piping....}

"And just how in thunderation does this cyclone and these fancy pipes work?" asked Cousin Cal.

"Well now, let me see.... you've heard that old song, haven't you, about the music that went in here and then went around and around and came out somewhere else?"

"Well that's the way they work."

You know, back when I bought this in ’73, I didn't care that it didn't have this story. I was youthfully pragmatic with what was published and I suspect other readers were too. The editors made the right business decision cutting it. Back then I couldn't have appreciated it, and I also realize that back then folksy, rural stuff like this story was on the outs throughout all sorts of mainstream media. However, these days, now that I know about it, it adds another interesting piece to E. L. Moore's history as a model builder and writer. And I admit that these days I like this sort of thing and I'm glad to see it in an article that got me started on this path. 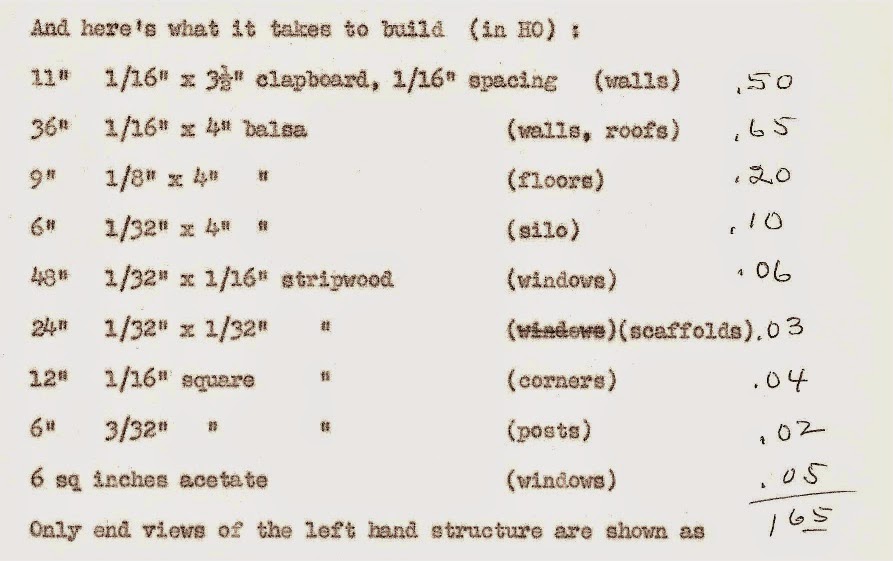 The published article states in the first paragraph that it "can be built for about $2 in less than 2 weeks of spare time." The manuscript confirms the $2 cost, but Mr. Moore states building time as "two evenings away from the tube." I can barely do his projects in 2 weeks of spare time let alone 2 evenings! If that's his true building time for this thing, my hat is off to him. Well, that's that. I'll let Danny Kaye take it from here.
Posted by J D Lowe at 9:24 AM