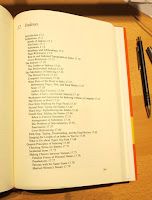 As previously noted, Model Railroader graciously granted permission to post their six unpublished articles. These are them.

A Pair of Canal Boats

The Little Church on the Hill

An unloading and loading machine (aka Morton Salt Conveyor)

The Model Railroader articles were all in good condition and were complete with text, photos and drawings. The unpublished manuscripts found in E. L. Moore's files were in various states. All had complete text, but no plans or drawings were found, and some had no photos, or an incomplete set. Here is what has been found so far.