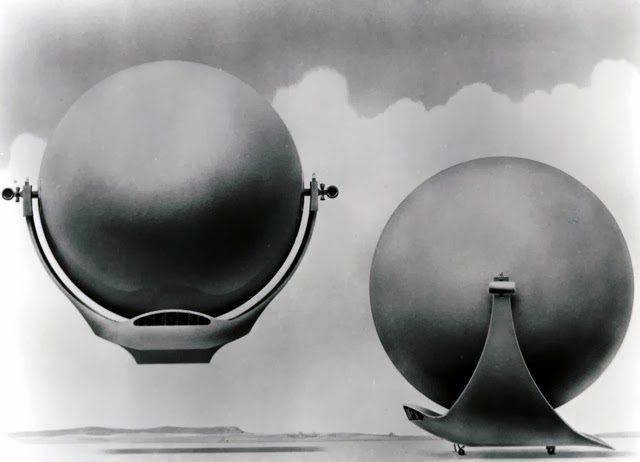 Time flies. The latest post in the E. L. Moore series was #400 for this blog. 400 posts – well, 400 and 1 counting this one. I can hardly believe it. I know that for many blogs, 400 isn't that many, but it seems something like a milestone for me. Google’s stats say the blog has had 36,767 hits up until now, so that’s an about an average of 92 hits per post. In fact, though, the hits aren’t sprinkled evenly over all the posts; some have had a lot more than others, some a lot less, and some have been special favourites of roving spam-bots :-)

From the high hit count, and Google stats showing searches for variations on the phrase ‘HO scale airships’ that lead visitors to the blog, the post called HO-scale logging airships? has been the 2nd most hit over the years. In it I talked a little about an airship called the LTA-20-1 that was being developed in the mid ‘80s, and speculated on how an HO-scale radio-controlled flying model might be built. The real-McCoy was being designed to do things like aerial logging, lifting de-railed freight cars, and assisting with pipeline construction. For a while I was a wet-behind-the-ears junior engineer on the project with a minor role doing some flight dynamics analysis. Unfortunately, a full-scale flying prototype was never built, but it did leave me with some interesting memorabilia -now stuffed away in dusty boxes down in the basement. Here’s a scan of the project’s promotional brochure. 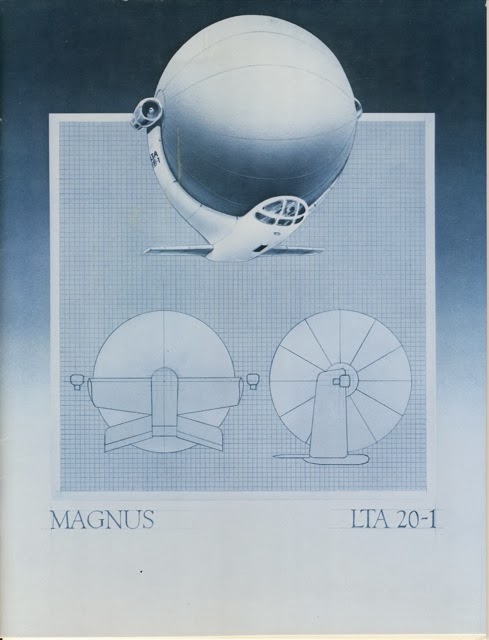 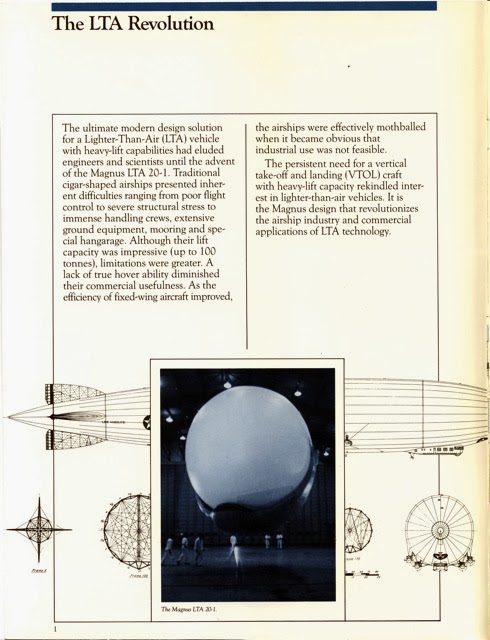 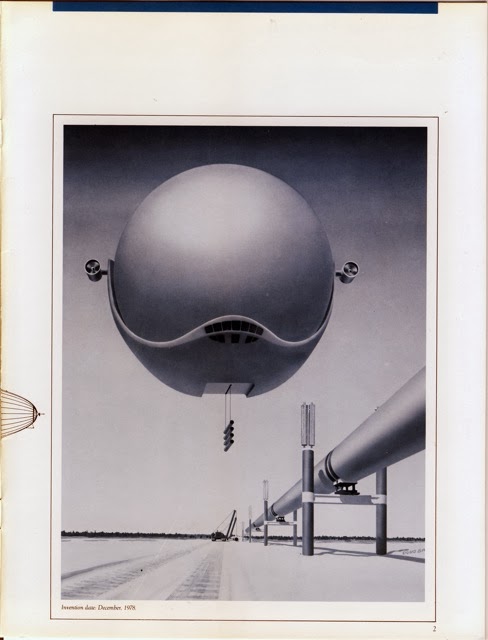 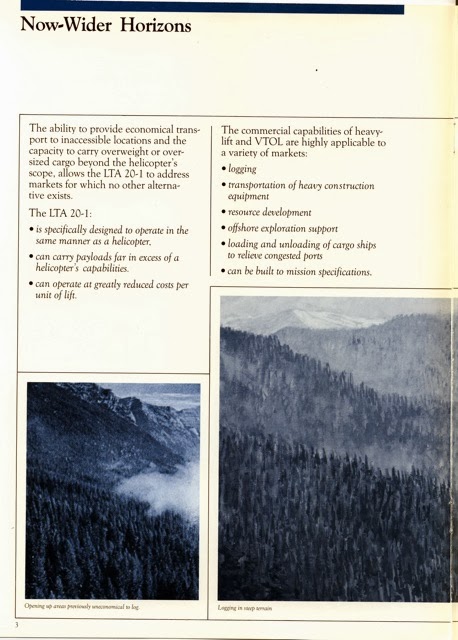 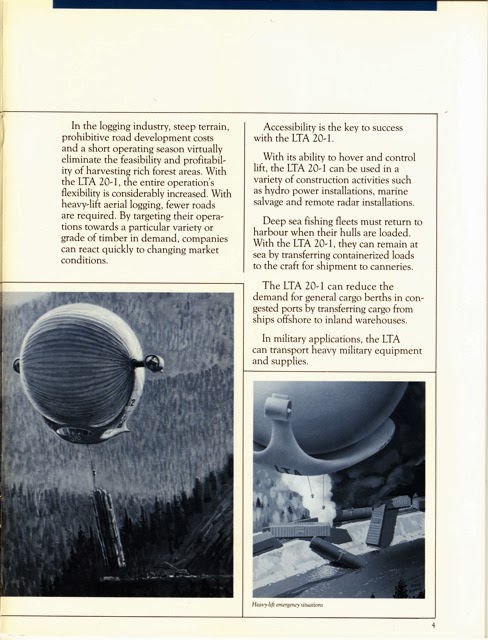 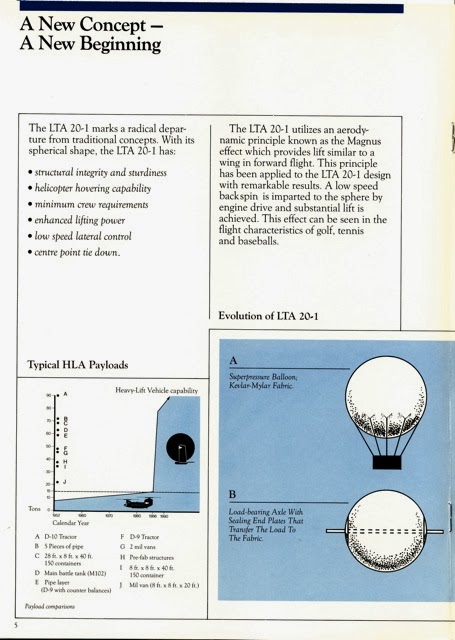 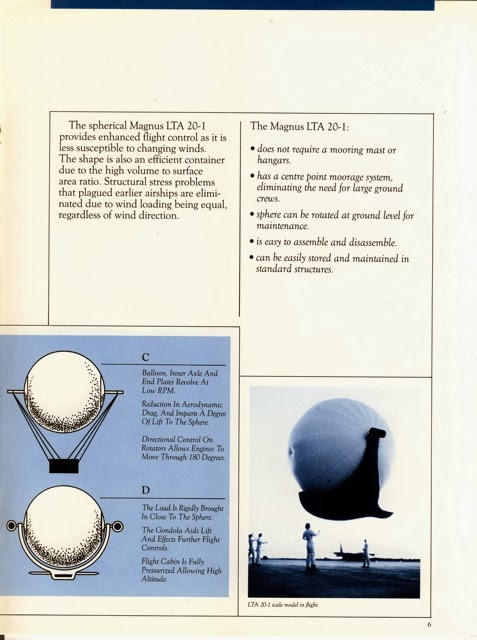 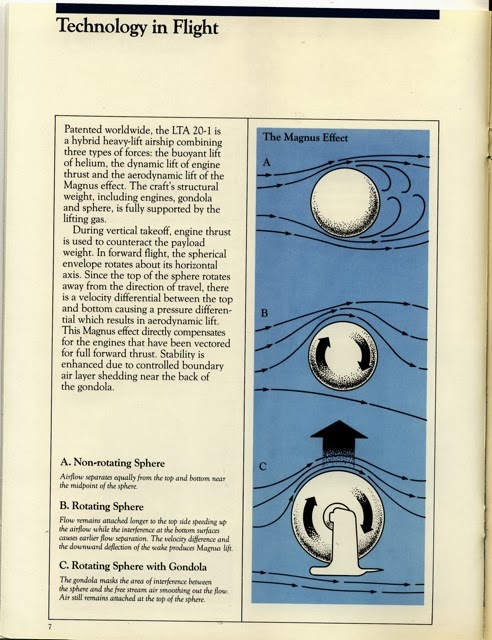 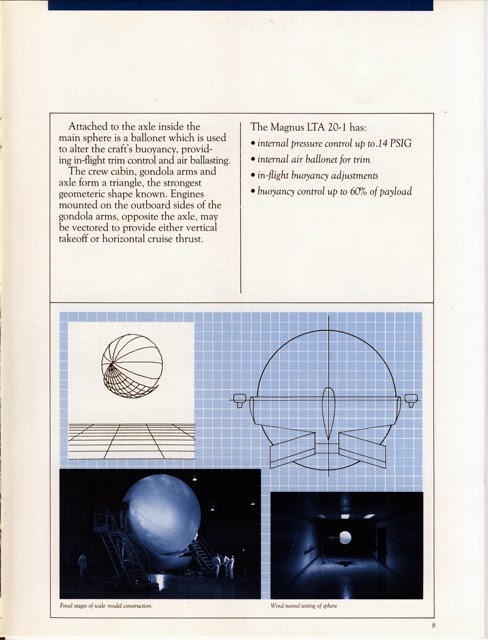 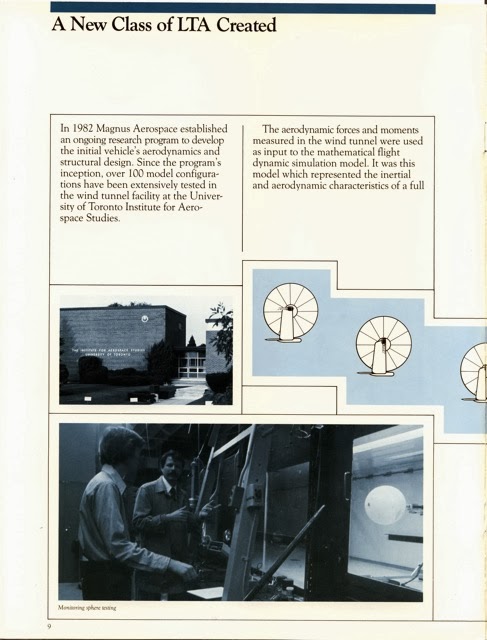 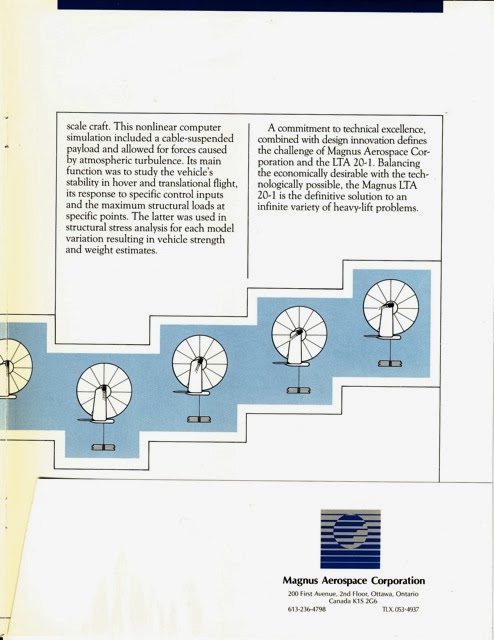 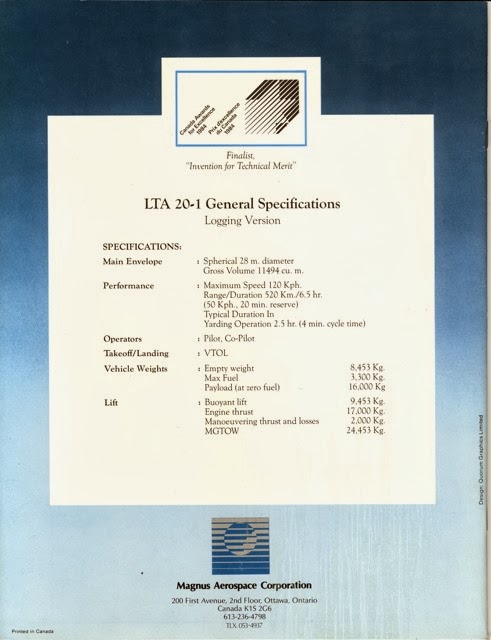 These days I look at it as I was participating in a rather unusual art project.
Posted by J D Lowe at 5:36 PM