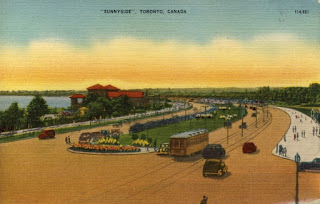 Sunnyside was an amusement park in Toronto that operated from 1922 to 1955. You can read about its history at this Wikipedia post. I don't know the date of these two postcards, but Wikipedia states that the Bathing Pavilion - that red-roofed building to the left of centre - opened in June 1922, so I assume these cards were published sometime after that date. 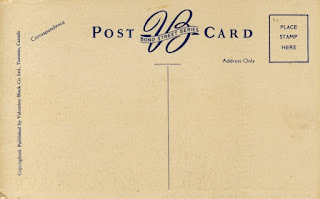 [Both postcards were published by Valentine-Black, Co. Ltd of Toronto]

The second postcard shows that the Bathing Pavilion was an impressive structure, and would make for an excellent destination on a model streetcar layout. 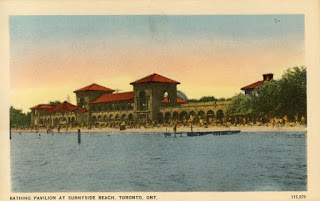